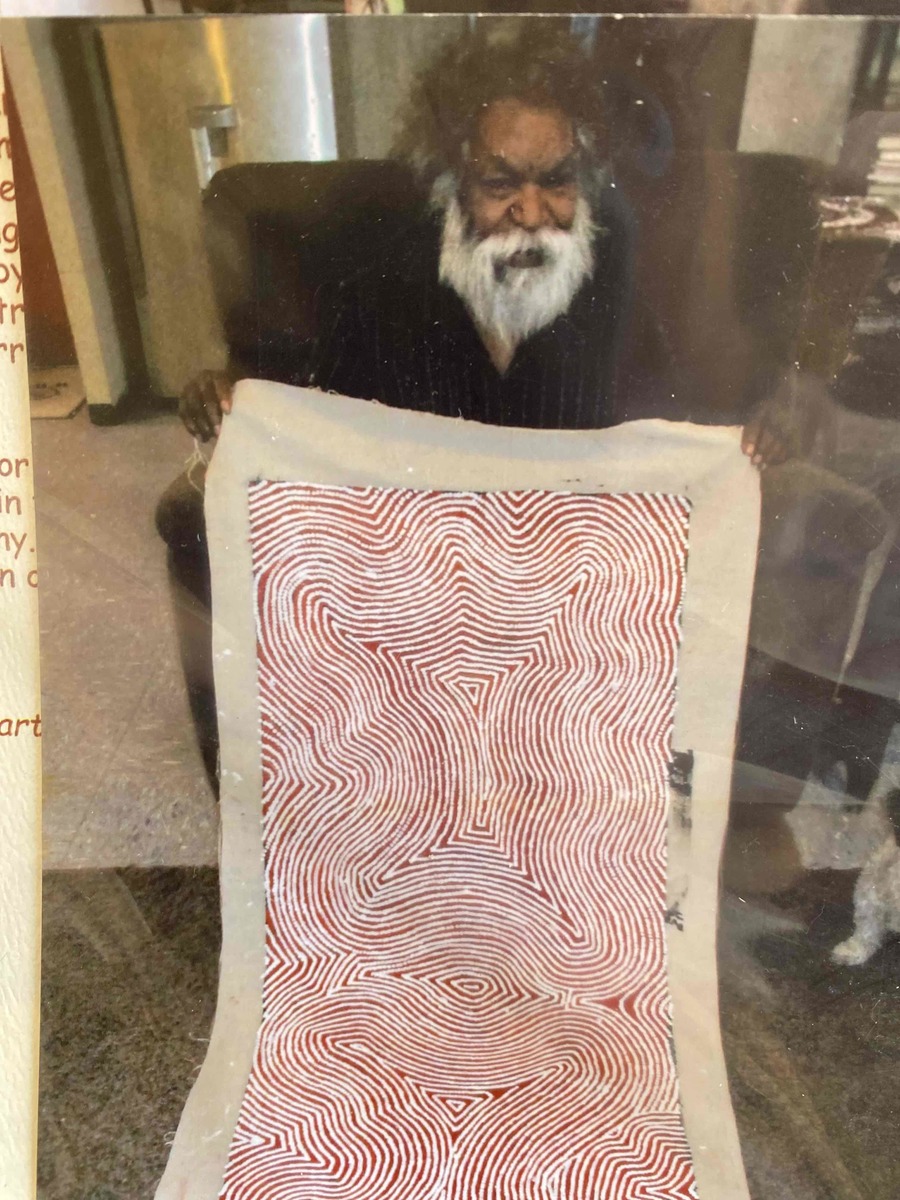 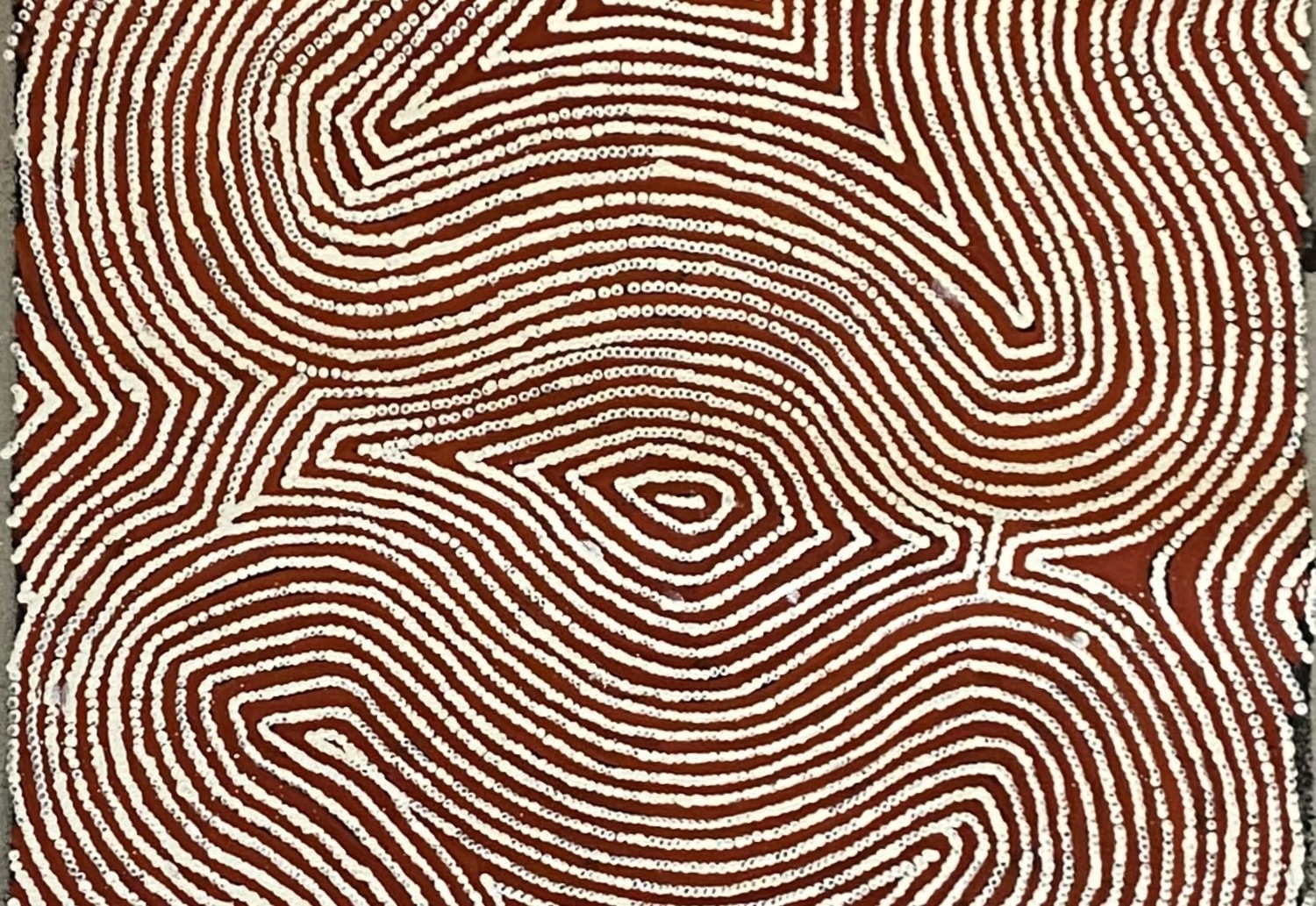 Born on a hillside east of Kiwikurra in the late 1950s, Warlimpirrnga was one of a small party of Pintupi whose arrival in Kiwirrkura in 1984 made national headlines. Until this point, at the age of about twenty-five,
Warlimpirrnga had never encountered Europeans. The group had been following their traditional lifestyle in the area west of Lake Mackay. After three years at the settlement, Warlimpirrnga (As Recorded by The Sydney Morning Herald) approached Daphne Williams of Papunya Tula Artists with the request that he be allowed to paint. The other artists instructed him in the use of paint and canvas, and he completed his first painting for the company in April 1987. His first 11 paintings were exhibited in Melbourne at the Gallery Gabrielle Pizzi in 1988, the entire group being purchased by the National Gallery of Victoria. Warlimpirrnga is married with a son and paints Tingari stories for his country, around the sites of Marua and Kanapilya. He is the brother of Walala Tjapaltjarri and Thomas Tjapaltjarri, also artists and his wife is well known painter
Yalti.

In 2000 he was on of four men who traveled to Sydney for the Opening of the Papunya Tula, Genesis and
Genius Exhibition at the AGNSW where he participated in the making of designs in sand. In 2012 his work featured in Documentia, an exhibition in Kassel in Germany. In 2015 he was taken to New York and several other cities in the US for the opening of a solo exhibition of his work.