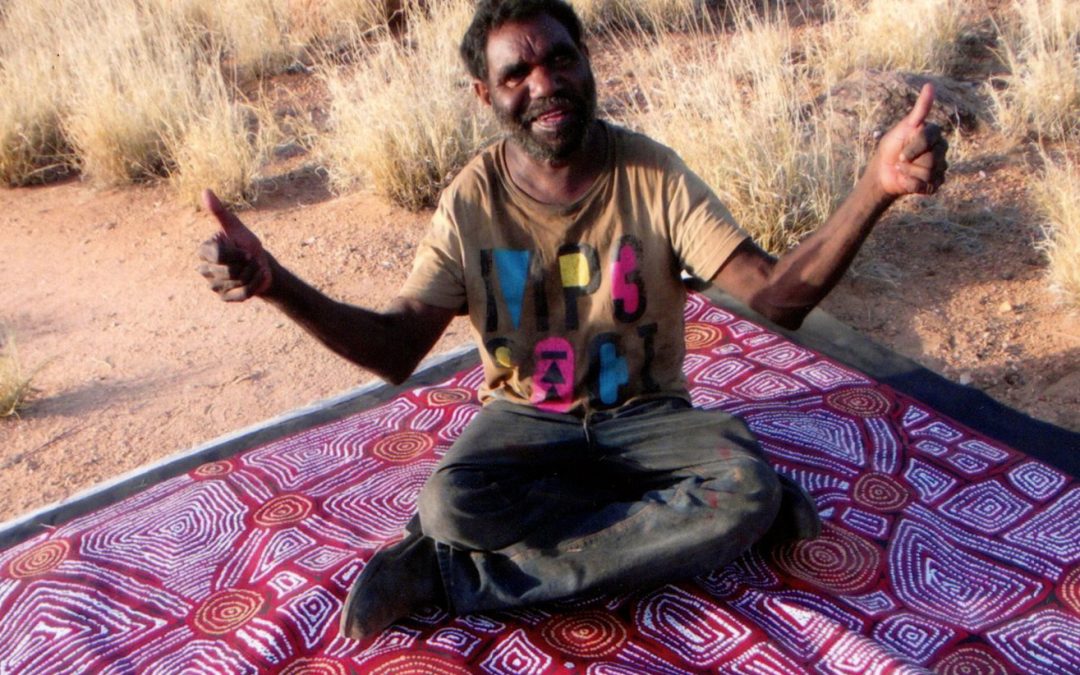 We have many people ask for more information on the subjects of paintings by the Western Desert artists at Gannon House Gallery. Particularly paintings by Warlimpirrnga Tjapaltjarri, Willy Tjungurrayi and George “Hairbrush” Tjungurrayi. These senior Pintupi men have developed their signature style over the last 30 years but their subjects capture oral histories handed down to them through ceremony and cultural lineage for generations.

The Pintupi Men’s paintings have changed significantly since the first small paintings on canvas boards over 40 years ago. These paintings used recognisable iconography to depict animal tracks, areas of land and sacred objects or sites associated with the Tingari ancestors. The Tingari are attributed with creation and teaching Pintupi how to be as men and as custodians of the land. Over time concerns about the exposure of sacred rites and ritual to non initiated people caused a move to more abstracted versions of the stories and larger canvas meant a repetition of patterning to create a greater visual impact. Circles and lines representing features of the landscapes are pained onto the solid colour background. The designs were then further obscured by dot work or filling of the entire space with lines.

These seemingly simple designs, often applied in a rhythmic manner while traditional song lines are sung are, in fact, complex and thoughtful studies. The lines representing sand hills will have a special meaning to the artist and his way of painting them is his signature, however, as an outsider, the stunning visual of a large canvas with mesmerising lines can be appreciated for it’s aesthetic and the culture it is imbued with whilst not risking the sacred nature of the subject it contains.