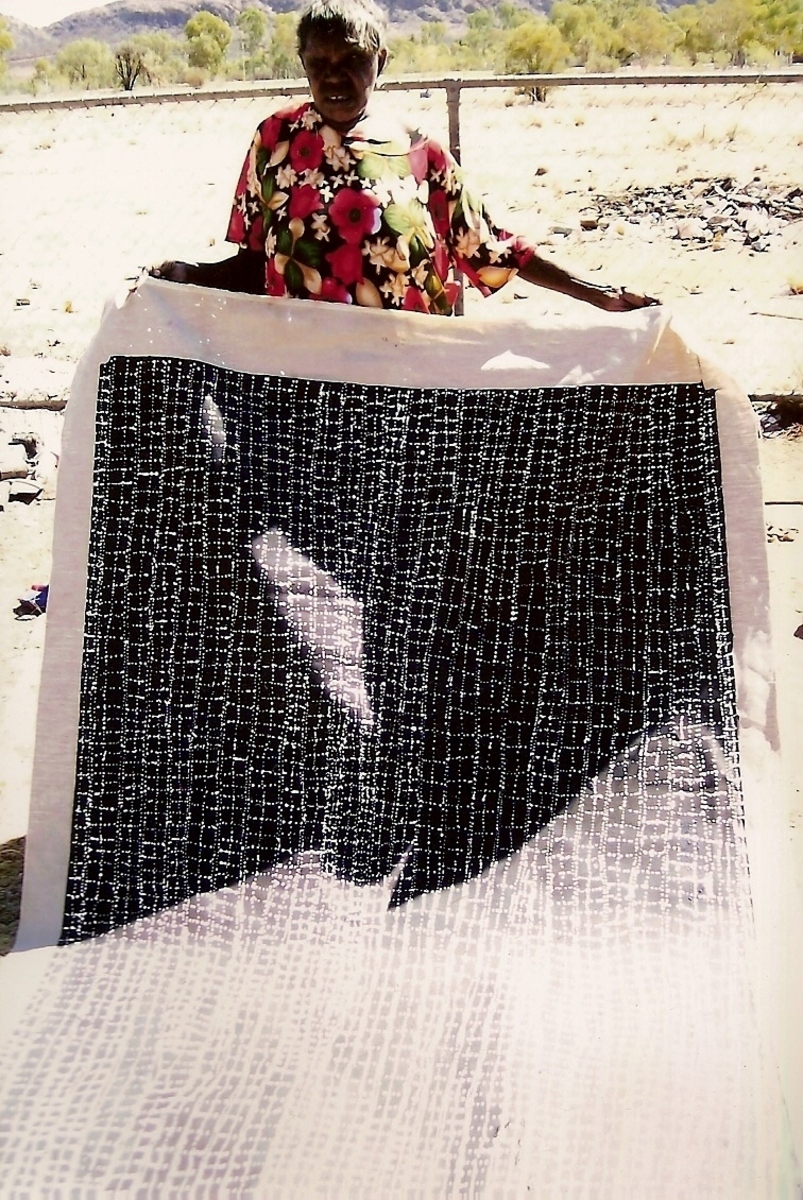 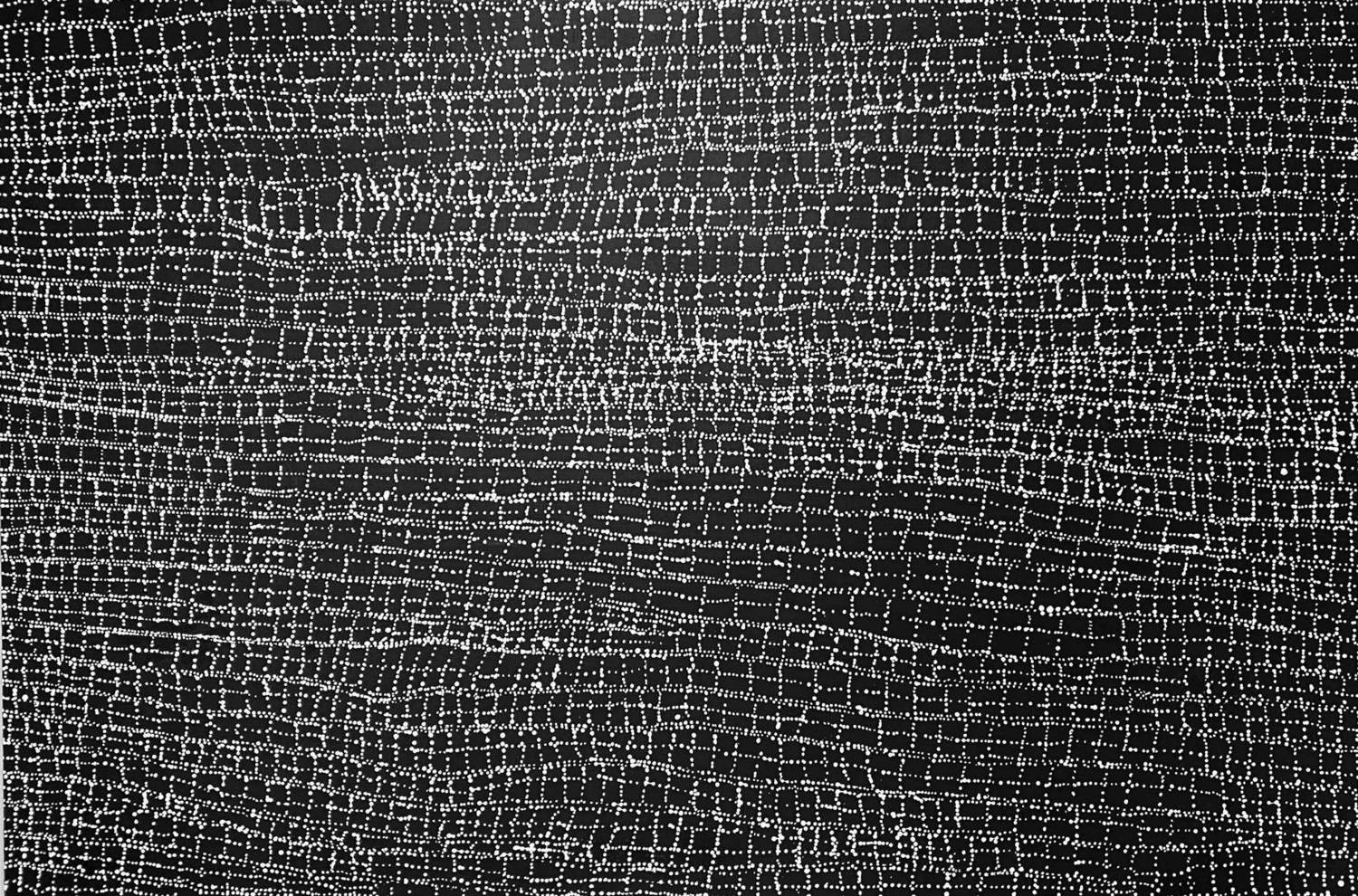 Dorothy Napangardi (c.1950-2013) was a Warlpiri speaker from the area around the salt lake, Lake McKay near the Northern Territory / Western Australian border. She grew up hunting and collecting bush foods with her family in the traditional nomadic lifestyle led by many aboriginal people living in the area up until the late 1970's. After coming into the Yuendumu community, Dorothy and her family moved to Alice Springs where Dorothy learnt to paint. Her early work reflected the style of the elder women such as Eunice and Pansy Napangardi, featuring bright bush banana stories with  a very bright palate with textured brushwork.

It was not until some time later that she began painting her Sandhills and Mina Mina works with their monochromatic palate and fine veils of dots. The stimulus for the change was a visit to the Mina Mina area where she was able to describe the digging sticks protruding from the sand and the places important to the Warlpiri people. These works gained in popularity, both in Australia and internationally, with Dorothy being awarded several national awards (AATSIA 1991, NTAA 1998, AATSIA 2001) and featuring in the Biennale in Sydney in 2012.